The Infinix Hot 8 and TECNO SPARK 4 were launched globally in 2019, and they stack up head to head in comparison. So, if you feel like getting any of them, but you're not sure which the better option is, you're just at the right place. Let's take a look at their similarities and what makes the differences.

From their water-drop display to the camera module, I/O ports, and button placement, both the TECNO SPARK 4 and Infinix Note 8 looks similar; in fact, their case would fit each other perfectly. Both devices feature a triple rear camera setup comprising a 13MP primary camera, 2MP depth camera, an AI lens, and flashes in a vertical arrangement.

Up from the front, Infinix Hot 8 features a 6.6" HD+ Water-drop display, while the TECNO SPARK 4 features 6.52" HD+ Water-drop display as well. The screen difference is relatively small, and you might not notice it if you're not intentional about it. You'll enjoy viewing contents on both phones, but they're not dazzling outdoors.

The similarities got obvious here as the MediaTek Helio A22 processor powers both devices. You also get 2GB of RAM and 32GB of storage onboard the two devices.

So, both the Infinix Hot 8 and TECNO SPARK are not too far apart in terms of performance; you get the same processor, RAM, and storage, so their performance would base on how their manufacturers take advantage of the hardware.

You can depend on both devices for your basic tasks like texting, calling, watching movies, etc. But the 32GB storage might soon run out if you store a lot of music and videos on it; however, they offer a dedicated micro SD card slot to help you expand the storage if you wish.

Infinix Hot 8 runs XOS 5.0 based on Android 9 Pie, while the TECNO SPARK 4 shipped out with HiOS 5.5 based on Android 10, but it's now upgradable to HiOS 6.2 based on Android 10. Both interfaces look similar in terms of UI, features, and system apps. You'll find pre-installed apps like Phone Master, Carlcare, AI Gallery and others on both devices. Features like Game Mode, Social Turbo, Gestures, etc., also improve your user experience on these devices.

As the TECNO SPARK 4 is now upgradable to HiOS 6.2 based on Android 10, it offers more features than the Infinix Hot 8. You get the essential Android 10 features like Dark Theme, Wi-Fi Share, Gesture Navigation, and more. HiOS 6.2 also picks some vital features from HiOS 7, making it a much better software experience.

Under the hood, the two devices feature a triple camera setup and quad flash on the rear: you get the regular 13MP primary camera, a 2MP depth camera, and an AI lens. It's also the same story with the selfie camera: an 8MP selfie camera sits perfectly into the Waterdrop display (or a Dot-notch display as TECNO called it).

Now that the hardware is similar, you obviously would get similar results here. But the final output is determined by software capabilities and how the two phones process their images.

In terms of videography, both devices can shoot up to 1080p@30fps on the back and front camera. Thanks to the dedicated AI lens, low-light videos are slightly improved. You can end up with any of these devices based on the cameras without issues, but you're more likely to consider other features before deciding which to purchase.

When it comes to battery comparison, Infinix Hot 8 painlessly wins here. It features a gigantic 5,000mAh battery, as opposed to the 4,000mAh battery of the TECNO Spark 4. And not just that; the Infinix Hot 8 supports 10W charging while TECNO, on the other side, threw a 6W (5V - 1.2A) charger inside the box of the Spark 4. In real-world usage, both devices would charge relatively at the same speed; but the extra +1,000mAh battery on the Hot 8 would pay off while using it. 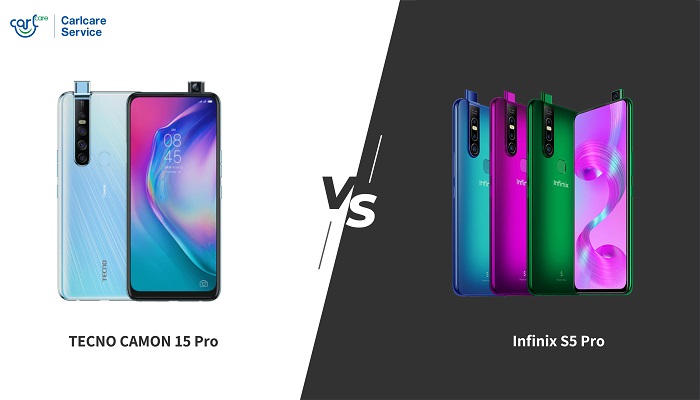 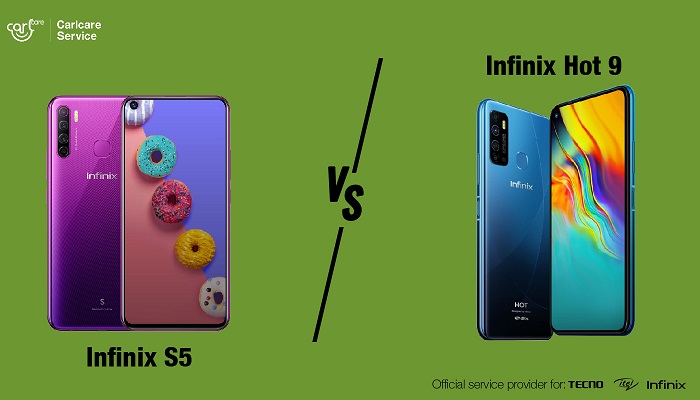 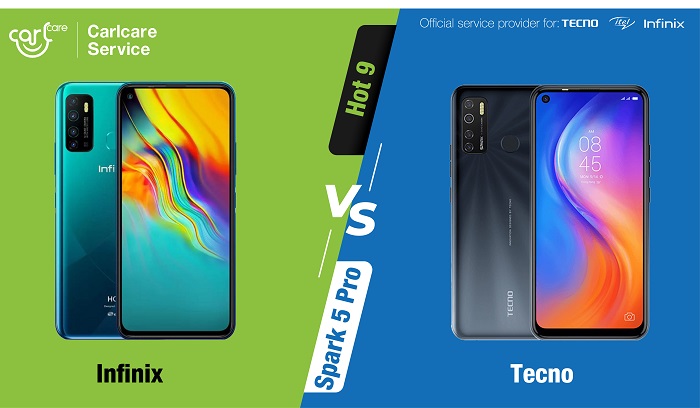 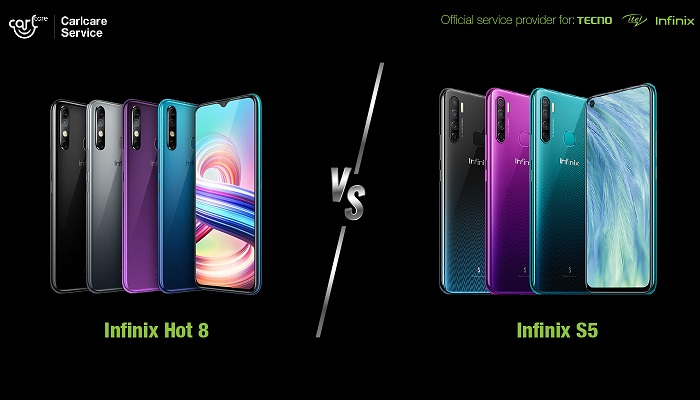 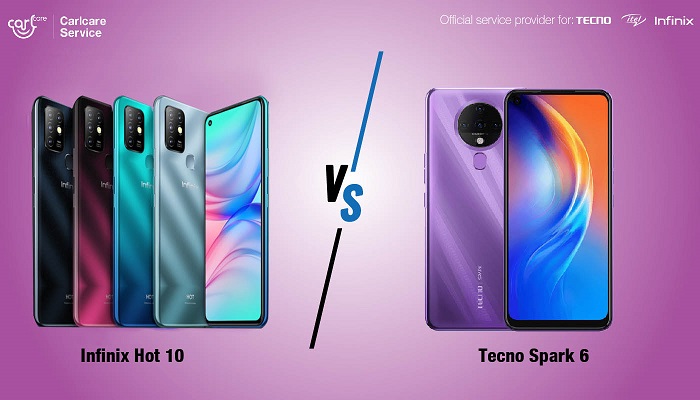