How to Fix Android Phone Stuck on Boot Screen

The android phone stuck boot screen is one of the most annoying things that can happen to you. It can happen at any time and often without any warning. It can also be a serious issue that would warrant doing a number of things to resolve.

When this happens, it is impossible to use the device for anything other than feeling like smashing it, and that is of course not a good idea. There are a number of reasons why your android phone can get stuck on the boot screen, and there are ways to fix it. 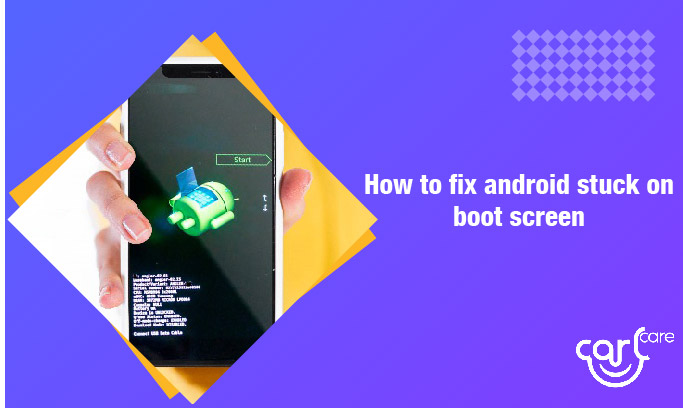 Why is Android Phone stuck on Boot Screen?

Locate a Carlcare service center for Infinix, TECNO, itel and make a reservation to save wait time

Your android phone might be infected with a virus and/or malware, and this will probably affect the performance of your phone, even making it get stuck on the boot screen.

Installation of Apps from Unknown Sources

Google has a policy set for all android phones; that the phone doesn't allow the installation of apps from unknown sources. However, this setting can be overridden, and apps can be installed from sources other than the Play Store.

The Android platform is one that is very user-focused, and it allows the users to modify it to their taste. Unfortunately, some problems can crop up when users tinker with the system. This can also lead to the phone stuck on boot screen.

Android phones always warn about not switching off the phone when updating.  Sometimes, your phone might not be well charged and go off during the update.

If this happens, it might lead to your phone being stuck on the boot screen.

How to Fix Android Stuck on Boot Screen?

There are a number of ways to fix these problems, and we will be discussing them below.

Check by Switching Off the Device

Sometimes, it might just be this simple. Put off the device by using the hard button at the side of the phone. Leave the phone alone for a little while before restarting it.

This should fix the problem.

Sometimes, an android phone stuck on the boot screen might just have a low battery. If the battery of a phone is low enough, the phone won't boot and will be stuck in the boot screen. Plug the phone in and let it get some power before you start the phone. 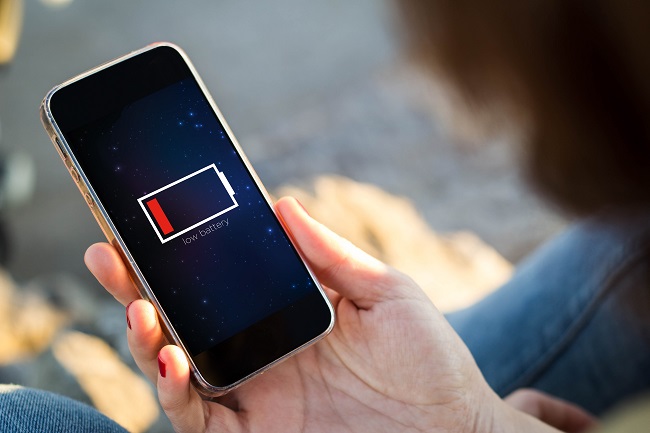 It is a good idea to check for liquid or other foreign particles in the USB charging connector and the headset jack, as these are the two external parts of the phone's motherboard. If foreign particles get into these parts, especially liquid, it could cause the parts to short circuit and fail.

In a best-case scenario, the part alone short circuits and fails, meaning you won't be able to listen to music or charge the phone.

In a worst-case scenario, the short-circuited part causes a chain reaction and the motherboard is affected.

In this scenario, the phone will most likely get stuck on the boot screen. This is why you have to prevent any liquid or foreign particles from getting inside.

Observe if there is any Battery Swelling

For android phones with removable batteries, it is also a good idea to check the battery. If the battery is swollen, then ensure you do not charge the phone at all. It might lead to a fire accident due to the gas buildup in the battery.

The only option here is to change the battery.

The safe mode is a mode on the Android system in which the device boots with its original settings and applications. Every other application will not be started. This is a good way to check if it's a faulty application that's causing your android phone to get stuck on the boot screen or logo.

Booting up your phone in safe mode has the same procedure as a data reset, so you have to be careful when accessing the safe mode on your android phone.

Usually, you can find instructions specific to your phone's safe mode on the manufacturer's website. If it's an app that's causing your phone to get stuck on the boot screen, safe mode will help you identify and flush it out.

Sometimes, browsers don't work, and a popular recommendation is to clear the browser's cache. It is the same thing here, basically. As your phone is working, a part of its hardware stores data for easy access, especially as it relates to starting up applications crucial to the proper operation of your android phone.

For an android phone stuck on the boot screen, this might be the problem. To empty the phone's cache, you'd have to access the phone's System Recovery tool.

Just like accessing the safe mode, you have to be careful here, so you don't wipe your phone's data. It is a lot better if you just get directions for accessing your phone's system recovery tool from the manufacturer's website.

A hard reset is a clean slate for your Android phone. It's sort of like your device having permanent amnesia and starting life all over again.

All the data on the phone will be lost, and only the phone's pre-installed factory settings and data needed to boot the phone properly will be kept.

This is the last card when it comes to resolving the issue of your android phone being stuck on the boot screen yourself.

Note: ALL the data will be lost after factory resetting, so ensure you have tried all the other fixes we have discussed before using this.

If all else fails, then you will have to take your android phone to a mobile phone repair service for the professionals to try and figure out what to do about it.

Locate a Carlcare service center for Infinix, TECNO, itel and make a reservation to save wait time

A popular and reliable option is for you to use a Carlcare service center close to you, particularly if you use Infinix, TECNO or itel mobile phone as we are the official service provider for these brands. 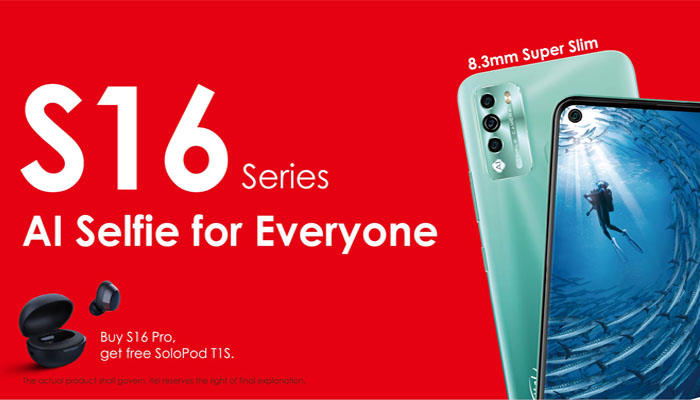 Explore the reviews, features and specifications for itel S16 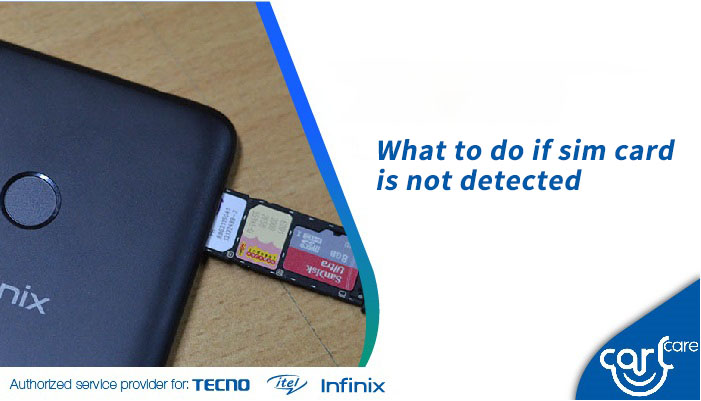 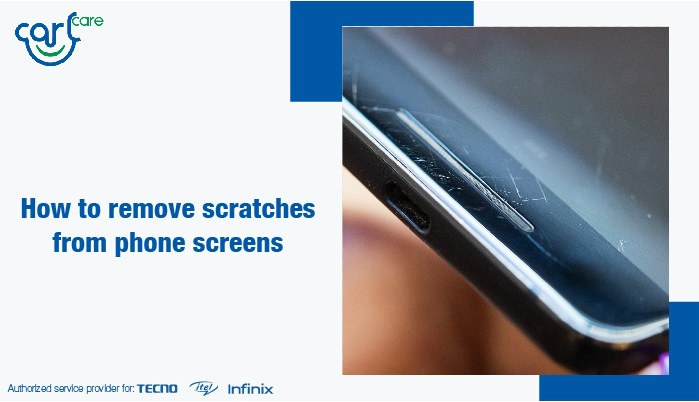 How to remove scratches from phone screen

9 ways to get rid of scratches from phone screen. 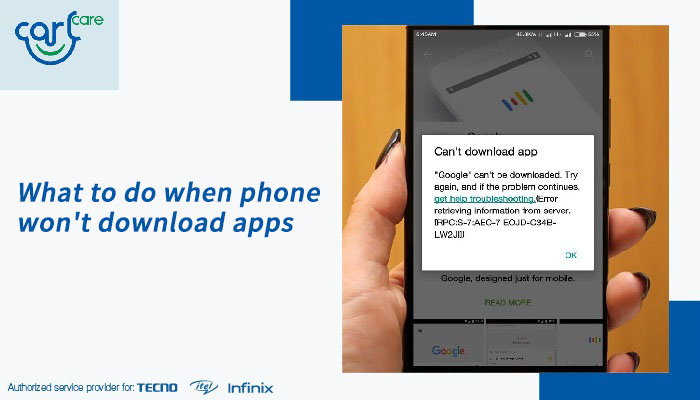 11 fixes to try if the phone won't download apps 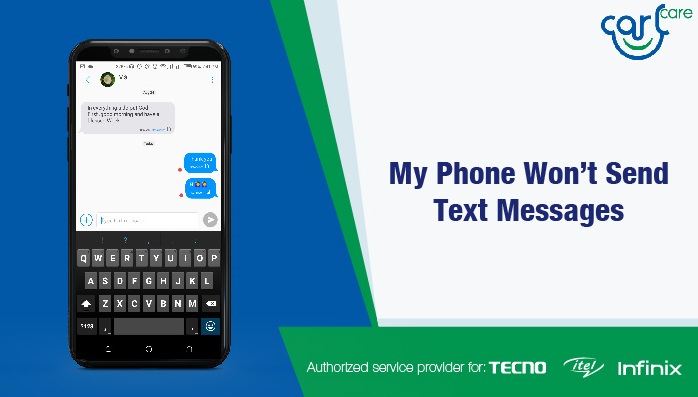 Can't send text messages on your phone? Find how to fix.