How to Prevent Android from Killing Background Apps 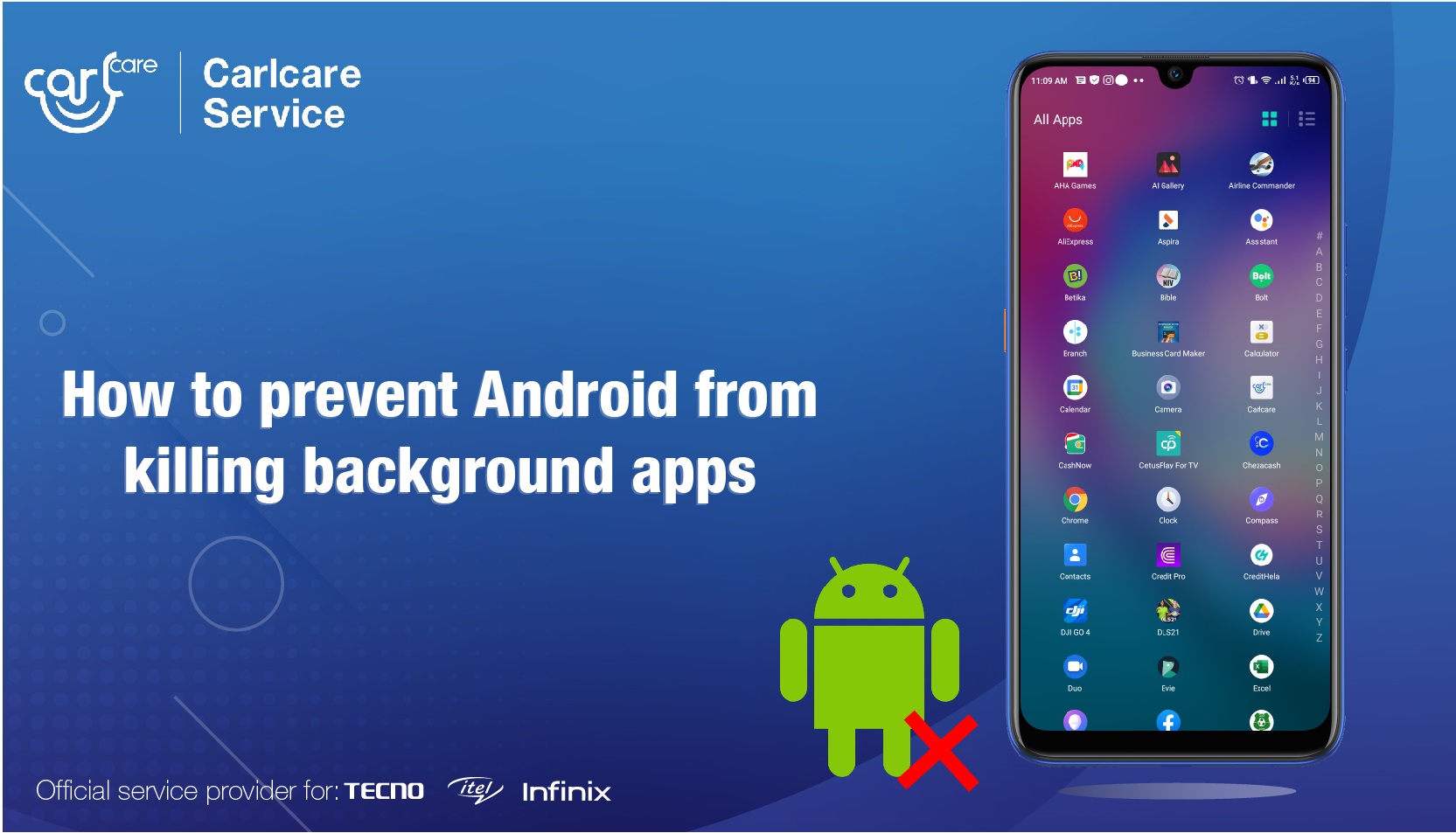 Several OEMs (Original Equipment Manufacturers), the likes of TECNO, Infinix, itel, design their smartphones with features such as battery optimization and adaptive battery. With these capabilities, your Android will automatically kill certain apps running in the background, which you’re not using.

This offers you some extra juice, but with a downside: You won’t receive any notification when expecting an important message from certain apps. Your Android would allow some apps — those on the whitelisted list — to run in the background, but it quickly kills others that are outside this list when not in use.

This can be nettlesome, especially when you need to get an alert on something crucial from such apps. In this post, we’ll show you how to prevent Android from killing background apps. With the tips provided in the heart of this tutorial article, you’ll be able to prevent apps from sleeping on Android 11 or other OS versions without breaking a sweat.

To do this, here are the simple steps you need to follow:

In some smartphone models and brands, there could be a bit of variation in the procedure on how to stop apps from closing in the background on Android summarized above, but the method works generally for all phones irrespective of their model or brand — albeit with slight differences in the steps. Following these guidelines, your Android will never stop the app in question from running in the background.

You can keep scrolling down the list and repeat the process for other apps you want to be registered as part of the whitelisted collection. This quick procedure is all that’s required when you’re scouring the Internet for tips on how to prevent Android from killing background apps.

How do I keep any app permanently alive in the background in Android?

Your phone won’t close background apps on Android once you carry out the method highlighted above. However, bear in mind that allowing numerous apps to work in the background is a fast and efficient way to drain your phone’s battery. Thus, if you know your Android doesn’t have a strong battery that lasts long, you need to have a rethink before allowing many apps to continue running in the background, even when not in use.

This means whenever you’re enthused about how to keep apps running in the background on your TECNO device, don’t turn a blind eye to the side-effect of doing such.

To prolong the battery life after allowing certain apps to work in the background, you can enable adaptive battery. To activate this feature, head to Settings and tap Battery. Then, turn on the Adaptive battery. This procedure will make your phone’s battery last longer, but there’s a catch: Those apps you only use once in a blue moon will have some of their resources limited.

Why does Android kill background apps?

As stated earlier, automatic closing of background apps on Android is done as a battery-saving measure. One of the ways to zap a phone’s battery is to allow several apps to work in the background. Thus, smartphones that have a weak battery life will need to be recharged often, which could be inconvenient for the user.

To get out of this quandary, OEMs equip their phones with battery optimization and adaptive battery — features that ensure Android kills certain background apps. Apart from that, your device can also save Internet data by disallowing some programs to work in the background.

Thus, when you enable data-saving mode, your Android will close some apps running in the background even as it restricts the operation of others to help you cut down on data usage.

Another key reason why phones stop apps from automatically running on the Android OS is to ensure the device works faster. Apart from draining the battery and zapping Internet data, having too many apps running as background processes could also eat up your phone’s memory. This fact especially affects smartphones that have low RAM, such as 1 or 2GB. In such a device, when too many apps are consuming the memory, it starts operating slowly.

At such times, users of this kind of phone find it hard to do a task as simply picking a call, receiving notifications for a new message on WhatsApp or Facebook, or responding to messages on those platforms. The problem can even become compounded when the phone’s internal memory is full or almost full.

These are the major reasons why users usually want to keep an Android app always running.

How do I stop background apps from closing?

One of the most effective methods to prevent Android from killing apps programmatically is by turning off the battery optimization for the apps, as outlined in the first section of this tutorial above.

What makes the procedure helpful is that users don’t need any technical knowledge to carry it out, unlike other methods that require rooting of the smartphone. Following the tips discussed in this article, you can learn how to prevent Android from killing background apps.

Some smartphone owners often ask, “how do I stop Android apps from auto-closing? “If you’re one of such users, you’ll find this post helpful, informative.

The method for achieving this goal varies slightly from one phone model or brand to another, but the general steps are identical, involving the use of the Settings app.

Outlined in today’s write-up is all you need to know about how to prevent Android from killing background apps. Just like every other process, this procedure also has its pros and cons, which have been covered in this tutorial.

Thus, when looking to stop Android 11 from killing background apps, don’t ignore the merits and demerits of doing such. 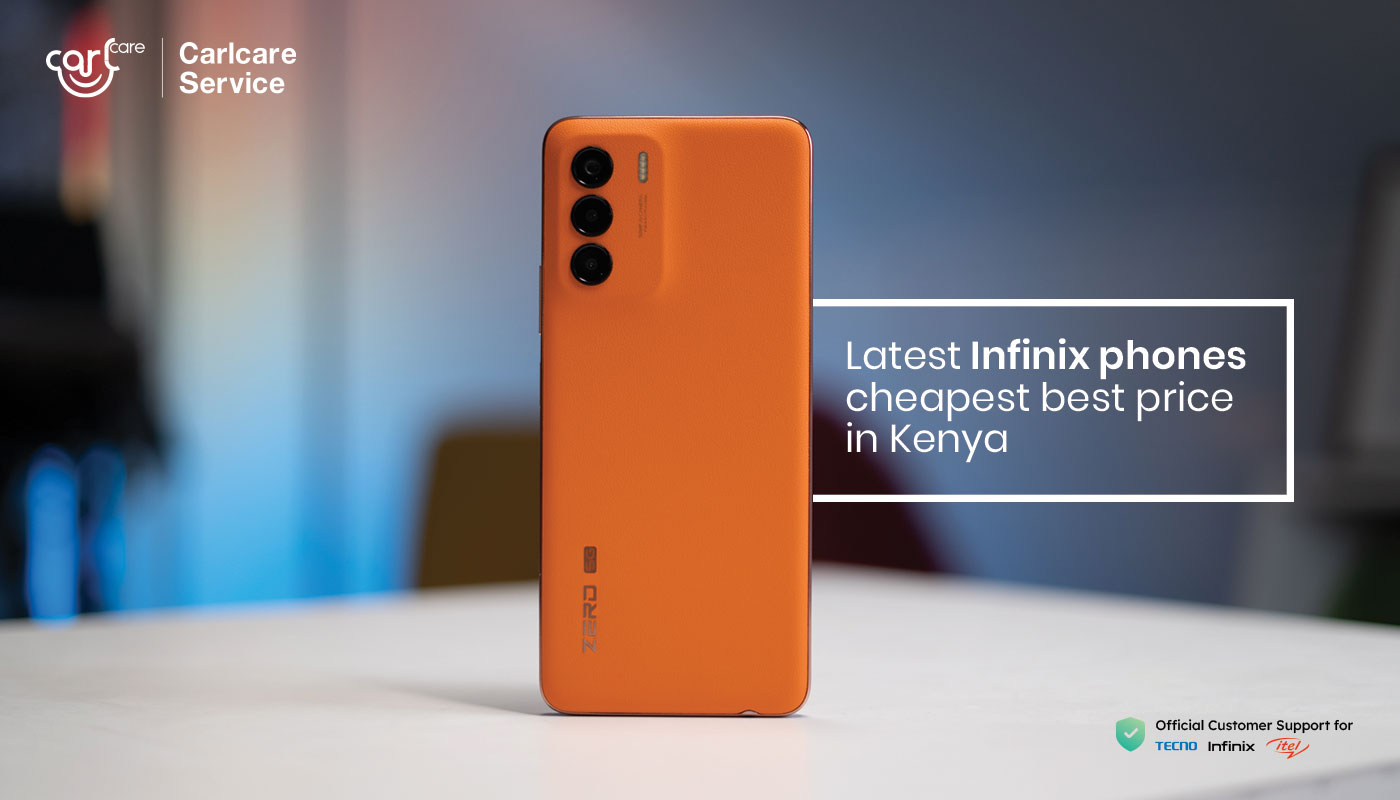 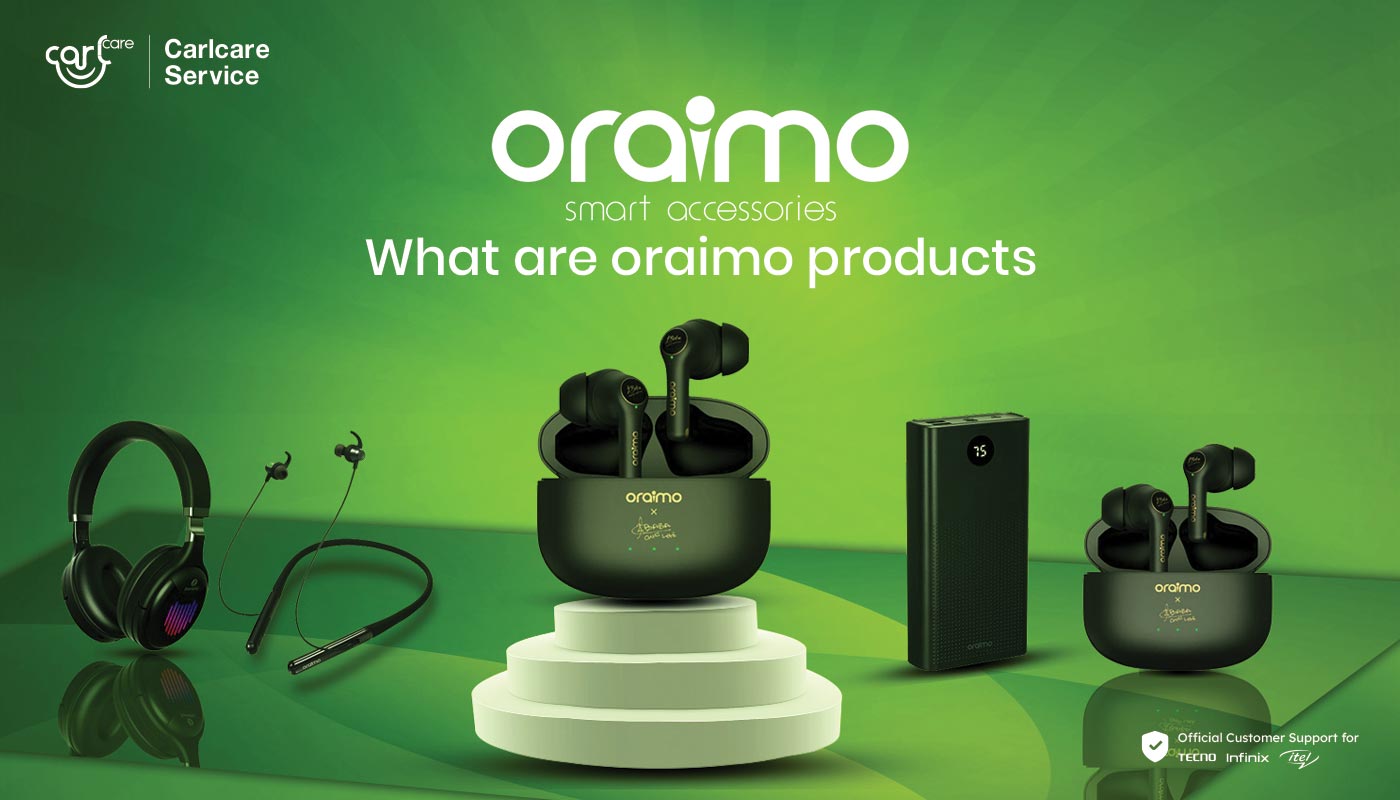 Overview of the various phone accessories offered by Oraimo. 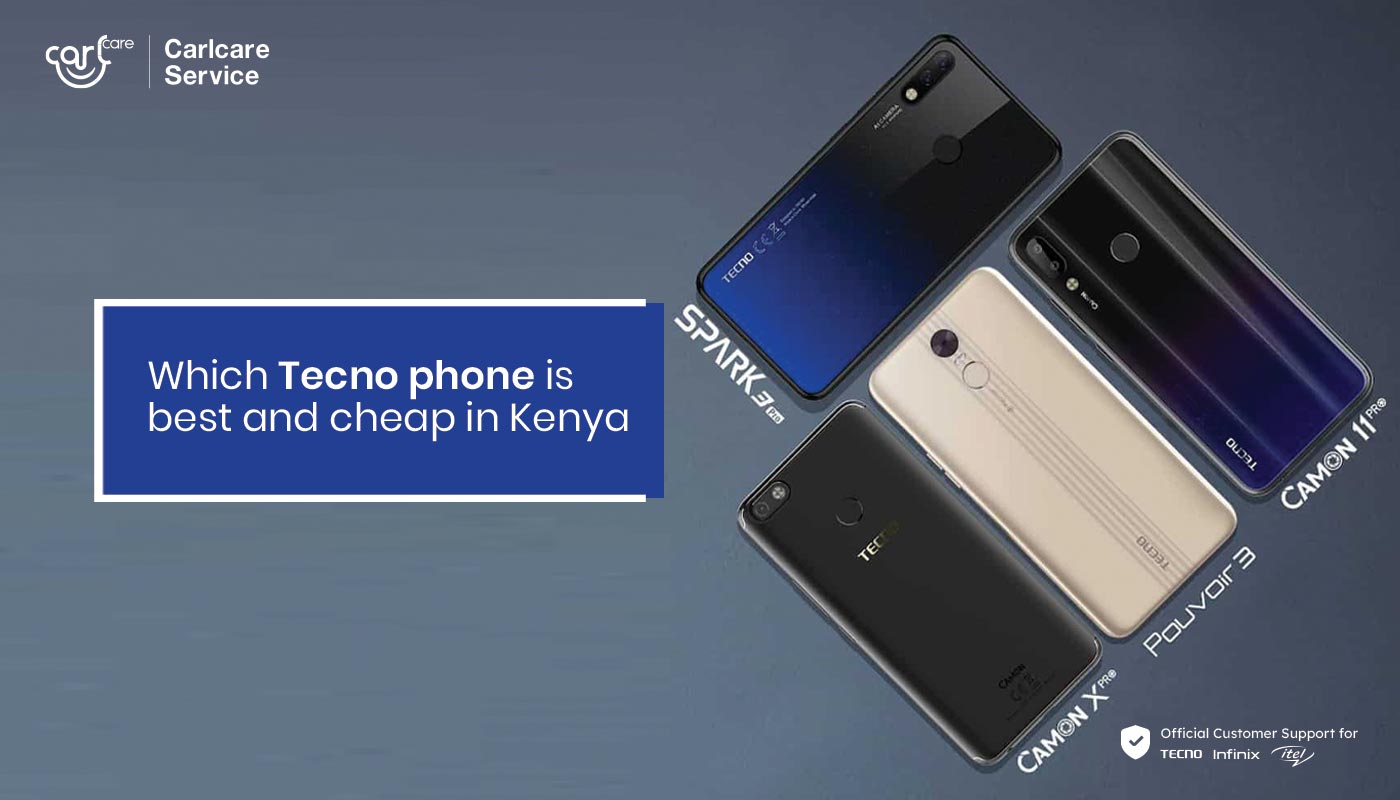 Explore the Best TECNO Phones and Prices in Kenya: Affordable and Stylish Devices 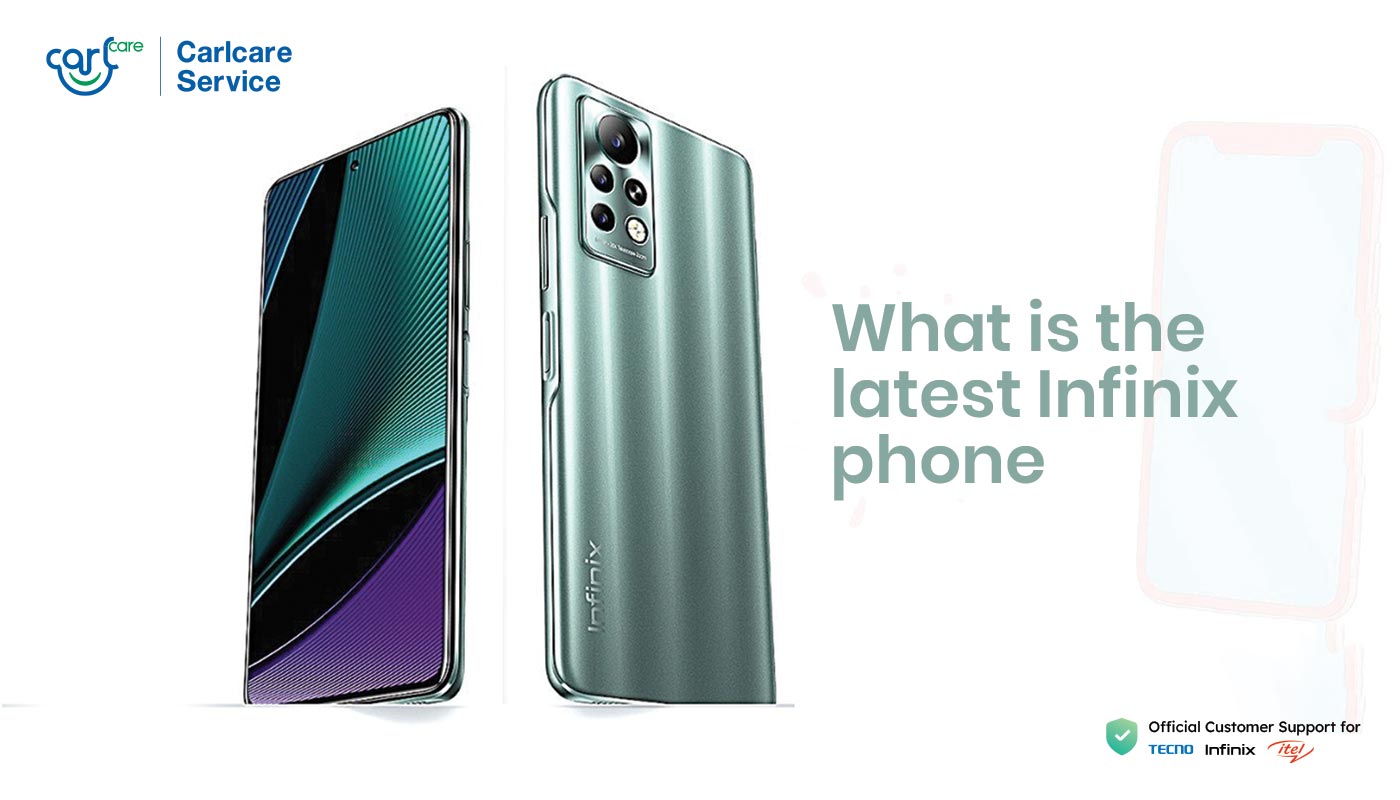 Discover the latest Infinix smartphones in Kenya for every budget in 2023. 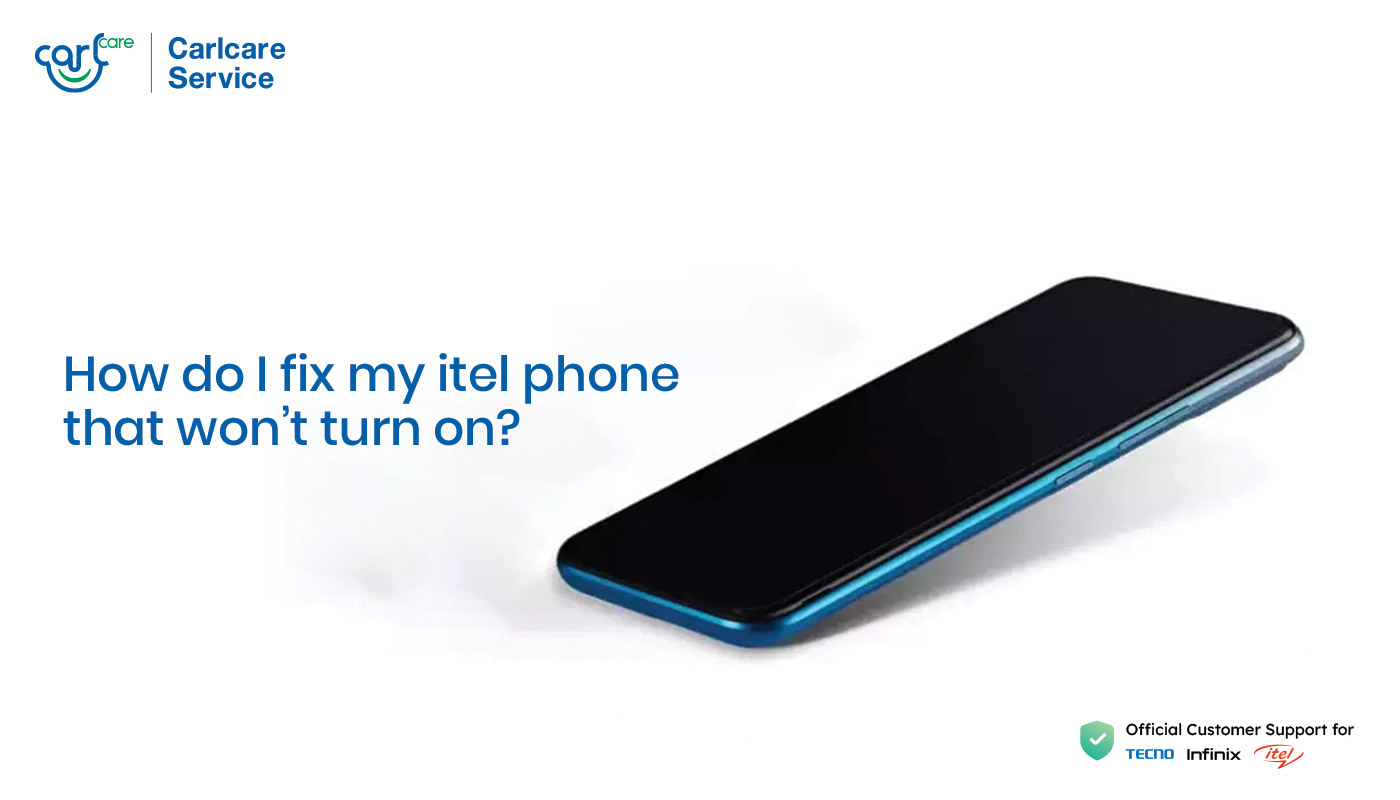 Troubleshooting and Fixing an itel Phone That Won't Turn On