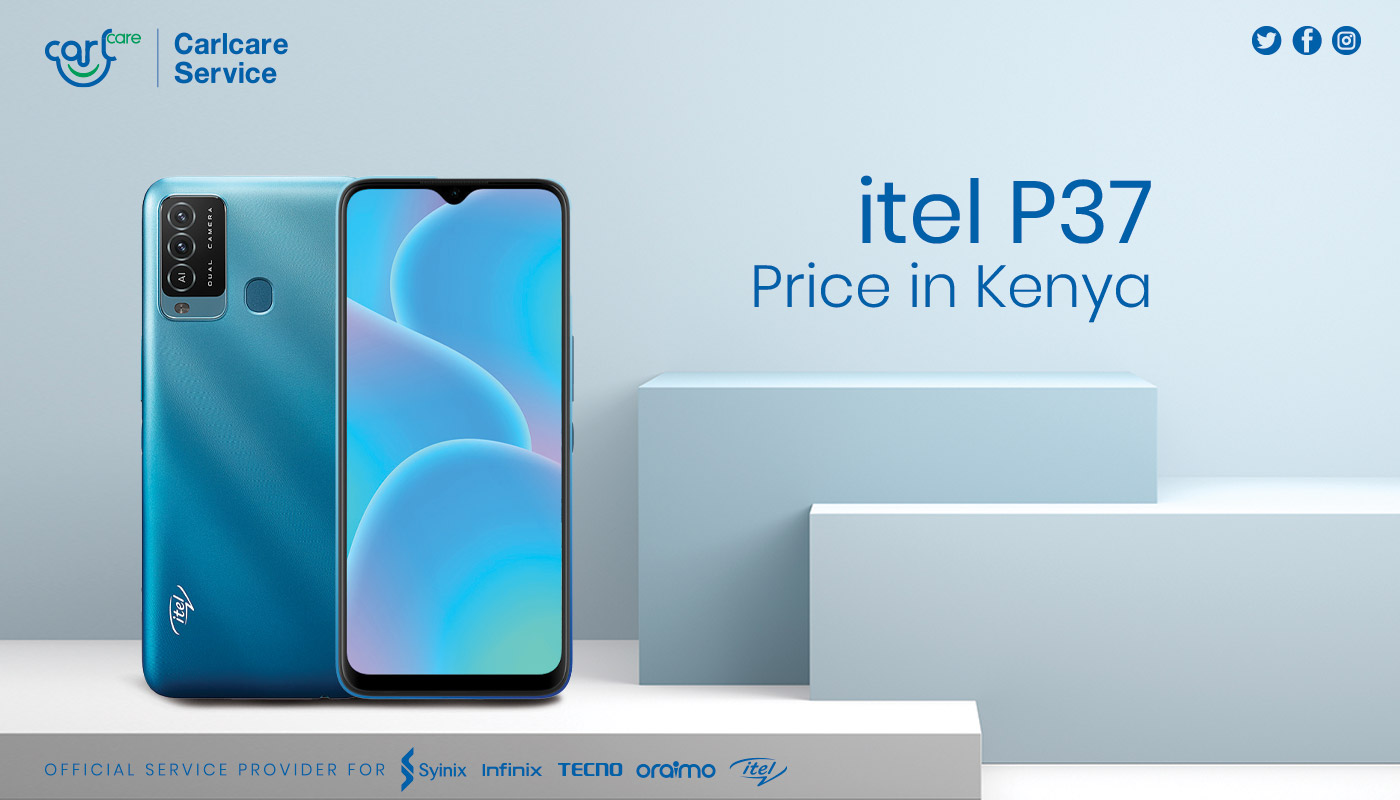 Itel recently added the P37 to its "Max Power Series" to offer exceptional battery life and performance for people willing to try out something in the entry-level smartphone segment. Starting at about KSh 9,500, the itel P36 features a gigantic 5000mAh battery, among others,  to keep you online from morning till night.

The device comes in two variants – the regular and Pro variant, all of which offer steel features at an affordable price. Read on to find the price of itel P37 Pro and itel P37 in Kenya.

Itel makes some of the cheapest smartphones out there, with ground-breaking features not usually expected at their price points. Even with that, they still sort these phones into categories (or rather "Series"), which focuses on more aspects/features of a smartphone. Well, if you're looking for the best of itel at a bargaining price, the P-series is the one to look out for.

With the itel P37 price in Kenya going for about KSh. 9,500 for the base variant, and about KSh. 11, 500 for the Pro variant, they’re already noble offers if you're looking for a suitable, affordable smartphone.

The itel P37 guarantees you not just long-lasting battery life but things to do with it. We’re talking about an immersive 6.5” HD+ Waterdrop display for unrivaled media consumption, a whopping 32GB/64GB of storage to store your files, an AI dual-camera for keeping sweet memories, and most especially, modern software that will make your life easier.

Barely looking at the price, you’d think the itel P37  design is poor, but it's the opposite here. The P37 and P37 Pro are well built with an eye-catching design you could mistake for a more expensive device. The camera module, fingerprint sensor, and itel branding are well-positioned, showing the phone's beauty even more.

It gets even more interesting when you flip the phone to the front, showing that gorgeous waterdrop display. Finally, itel is doing away with the giant bezels, and it makes sense. The immersive display, coupled with its High Definition resolution, nice viewing angles, and better color representation, makes consuming content more pleasant. Also, the screen is quite large and handy at 6.5-inches for the regular variant and 6.8-inches for the itel P37 Pro. Looking at the itel P37 price in Kenya, its design and display are impressive.

While entry-level smartphones always struggle with camera performance, itel has come a long way to close the gap a bit with the P37 series. Both phones feature a decent AI Dual rear camera that takes way better pictures than their predecessors.

With AI, Itel has improved its camera performance to take clear, beautiful, consistent pictures in various lighting conditions. itel used an 8MP camera on both the primary and selfie camera of the P37, while you get a sharper 13MP rear camera on the P37 Pro. These lenses are accompanied by LED flash to take even brighter photos in the dark.

The itel P37 price in Kenya is just around KSh 9,500 for the regular variant or KSh 11,500 for the ‘Pro’ variant. But still, itel hasn’t compromised on its camera features like Beauty Mode, Portrait Mode, AI HDR, Smile Shot, Video Beauty, AI Face/Scene Recognition, and many more. The itel P37 Pro also takes it up a notch with its Night Mode, allowing you to take incredible photos in the dark.

Normally, it's hard to expect peak performance at this price. But with both software and hardware tricks, itel is pulling ahead for better performance.

Powering the itel P37 Pro is an Octa-core processor maxed out at 1.6GHz, and a 2GB of RAM. The regular itel P36 takes it down a bit by offering a Quad-core CPU capped at 1.3GHz and 2GB of RAM instead. Enough of the specs! These smartphones perform well in what they're good at – texting, calling, watching movies, and other tasks that are not graphic-intensive.

The 2GB of RAM helps you do things smartly by enhancing your multitasking and reducing lags in apps. Finally, both devices provide a great software experience with Android 10 (Go Edition) and itel's OS v7. You also get extra features like File Mover, Image Compressor, Data switcher, and Safe Charge tech.

Just when you think of the frustrating “Storage space running out” notification, itel P37 provides you with abundant storage to never worry about that. With a whopping 32GB of storage on the itel P37 and up to 64GB on the itel P37 Pro, chances are you never get to run out of space as an entry-level user. Of course, Android 10 Go is very light on your storage space, and most things you'd do on the device are light on storage usage.

Even so, itel is compensating you with inbuilt features like Junk Files Cleaner, File Mover, and Image Compressor to optimize your storage when needed. And talking of File Mover, you can insert external storage on the device and move your large files to it in one click.

Initially, itel markets its P-series smartphones as the “Max Power Series”, which means you’ll never run out of power easily on the devices. Given that, the itel P37 series has a powerful battery capacity.

For an entry-level device with a 5000mAh battery, you likely won’t need to recharge your phone for 2-day when fully charged. First, that’s a large battery; and secondly, Android 10 (Go Edition) uses less battery to power your phone. And that, combined with itel’s latest battery-saving tech, AI Power Master, the itel P37 series is here to keep you connected all day.

Is the itel P37 worth buying?

As usual, itel focuses on delivering valuable products at bargain prices. And talking of the itel P37 and P37 Pro, anyone buying the devices is set to enjoy value for the money.

You get a massive 5,000mAh battery, large display, and storage, good camera performance, among others on both devices. Meanwhile, the itel P37 Pro is a better choice among the two if you need more power for that affordable price you’re paying. The P37 Pro itel price is about KSh 11,500 and you can get it in most stores in Kenya. 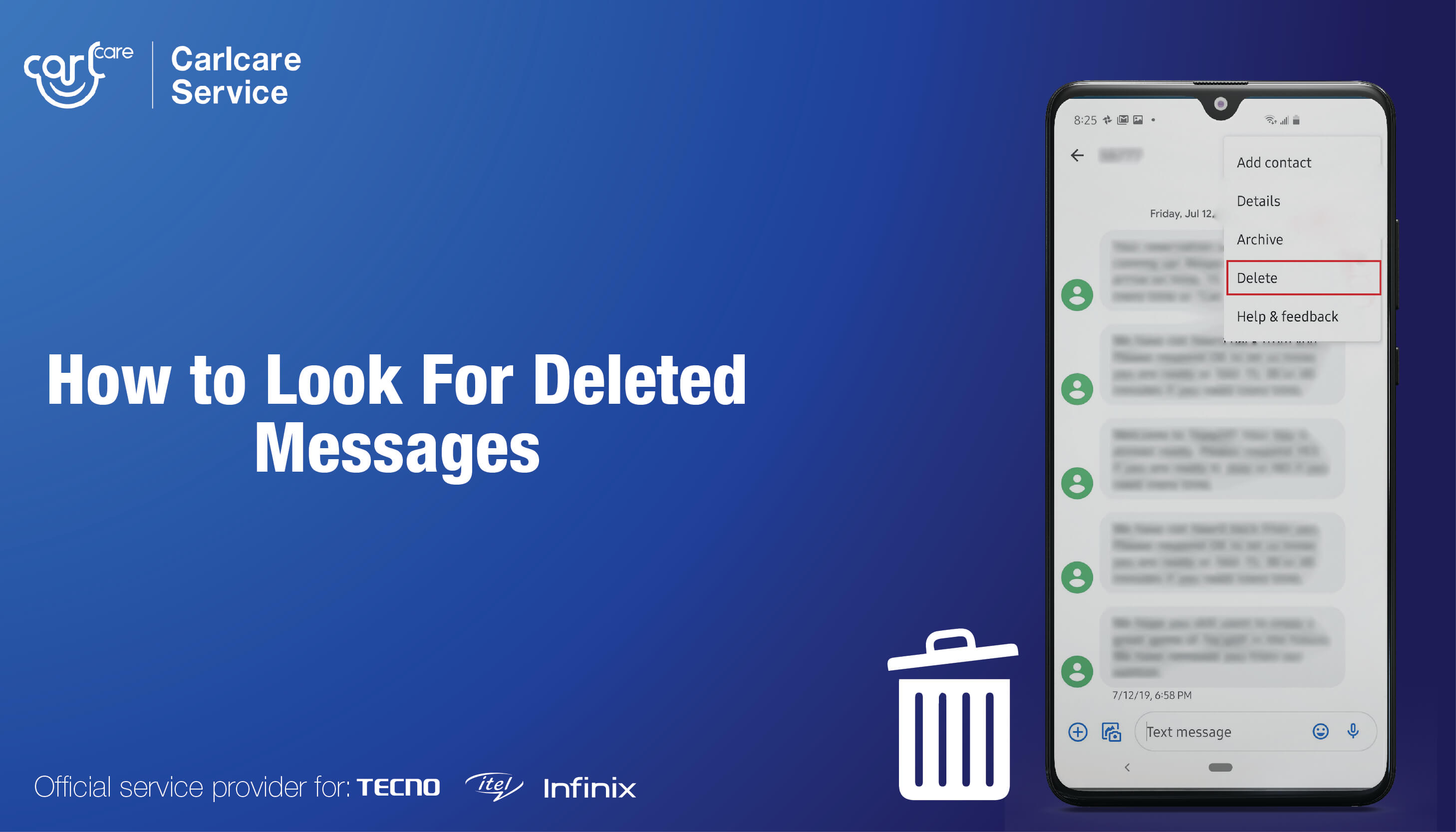 How to Look For Deleted Messages

In this post, we discuss how to look for deleted messages on an Android smartphone. The procedures explained in the write-up are easy and quick to carry out. 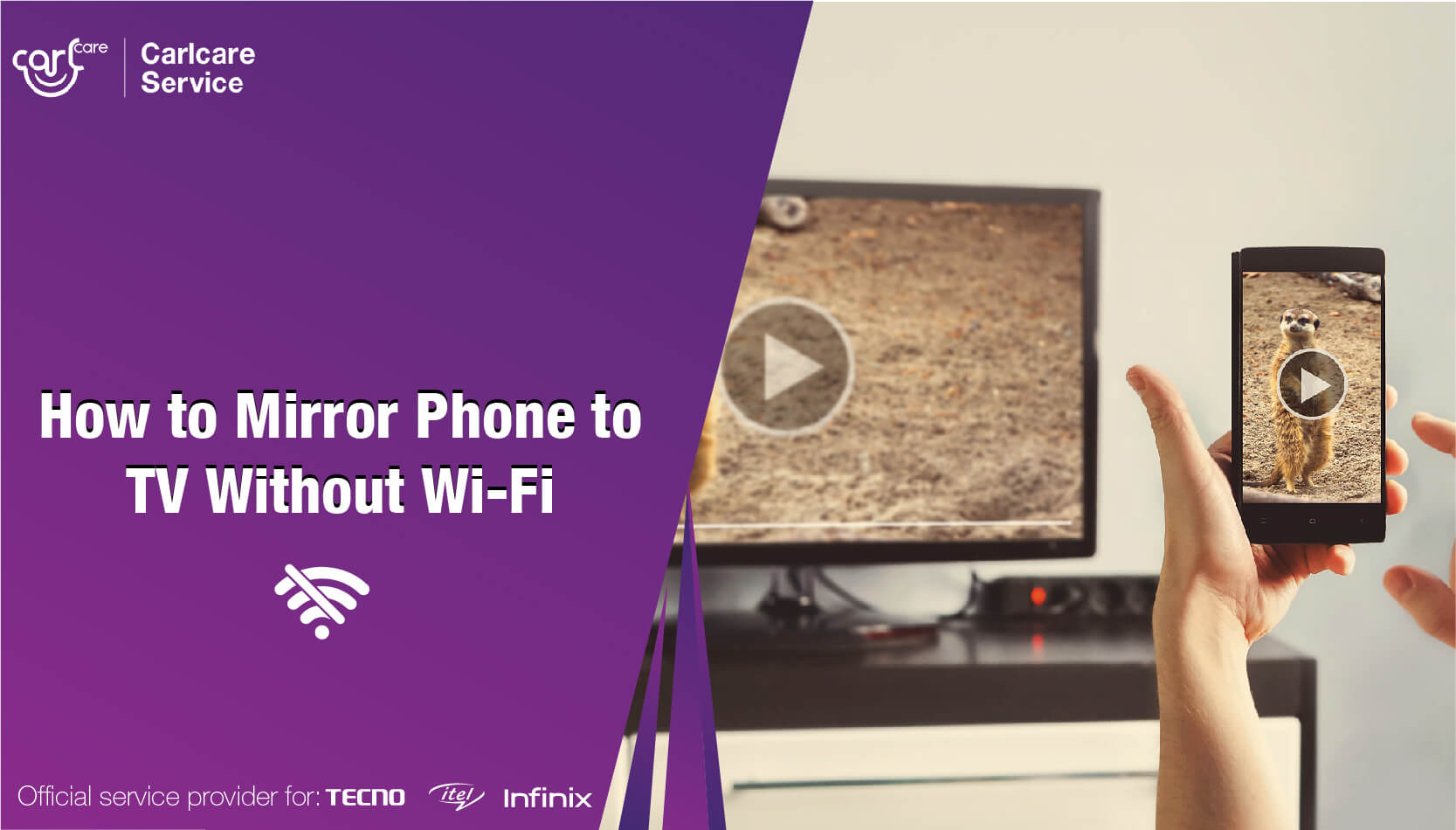 How To Mirror Phone To Tv Without Wi-Fi

Does screen mirroring work without Wi-Fi? Yes, here’s how to mirror a phone to a TV without Wi-Fi. It is great having your videos aired on a large TV screen. 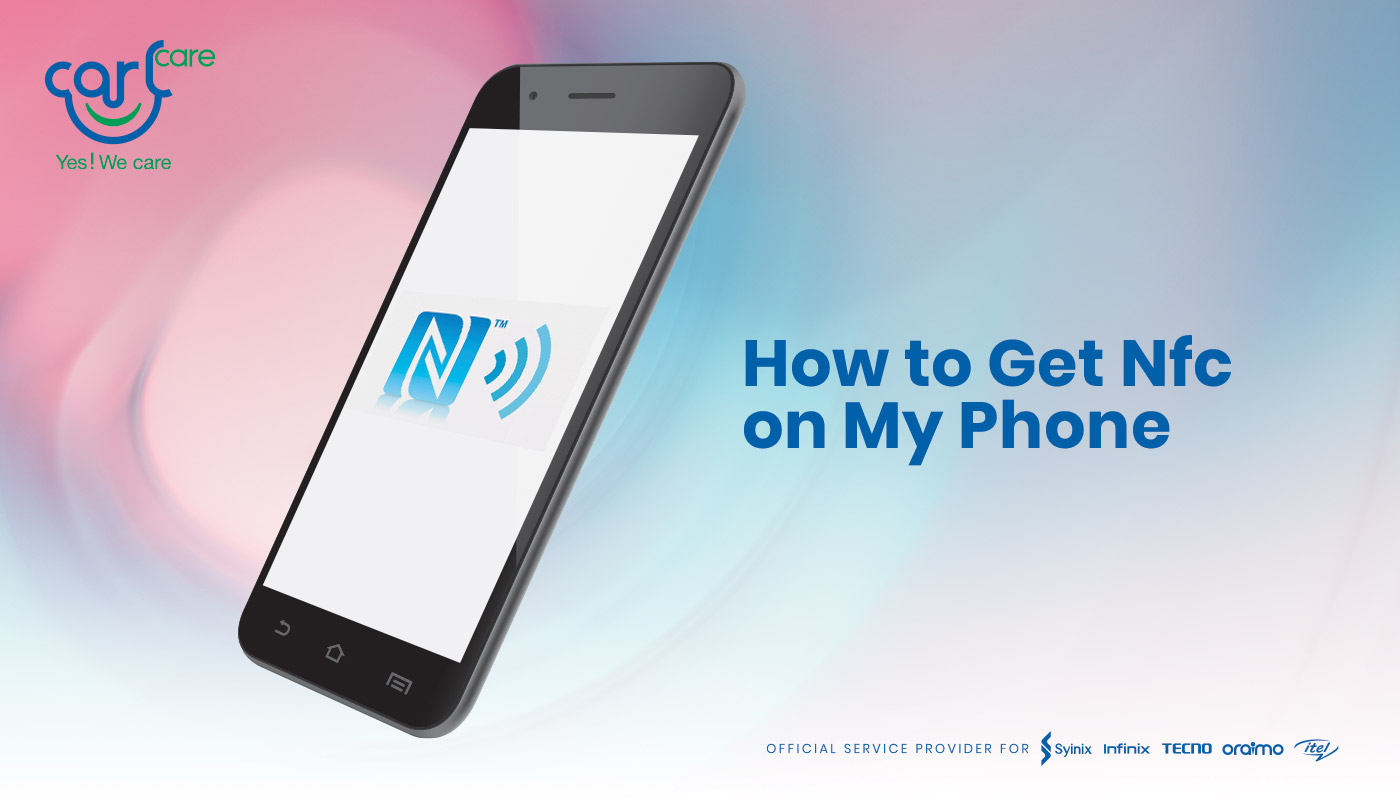 How to Use NFC on Your Phone in Some Easy Ways

Keeping track of your finances is a great challenge, especially when you don’t know anything about payment services on your device. If you don’t know how to activate NFC for online payments, then this guide on how to get NFC on my phone is for you. Read a 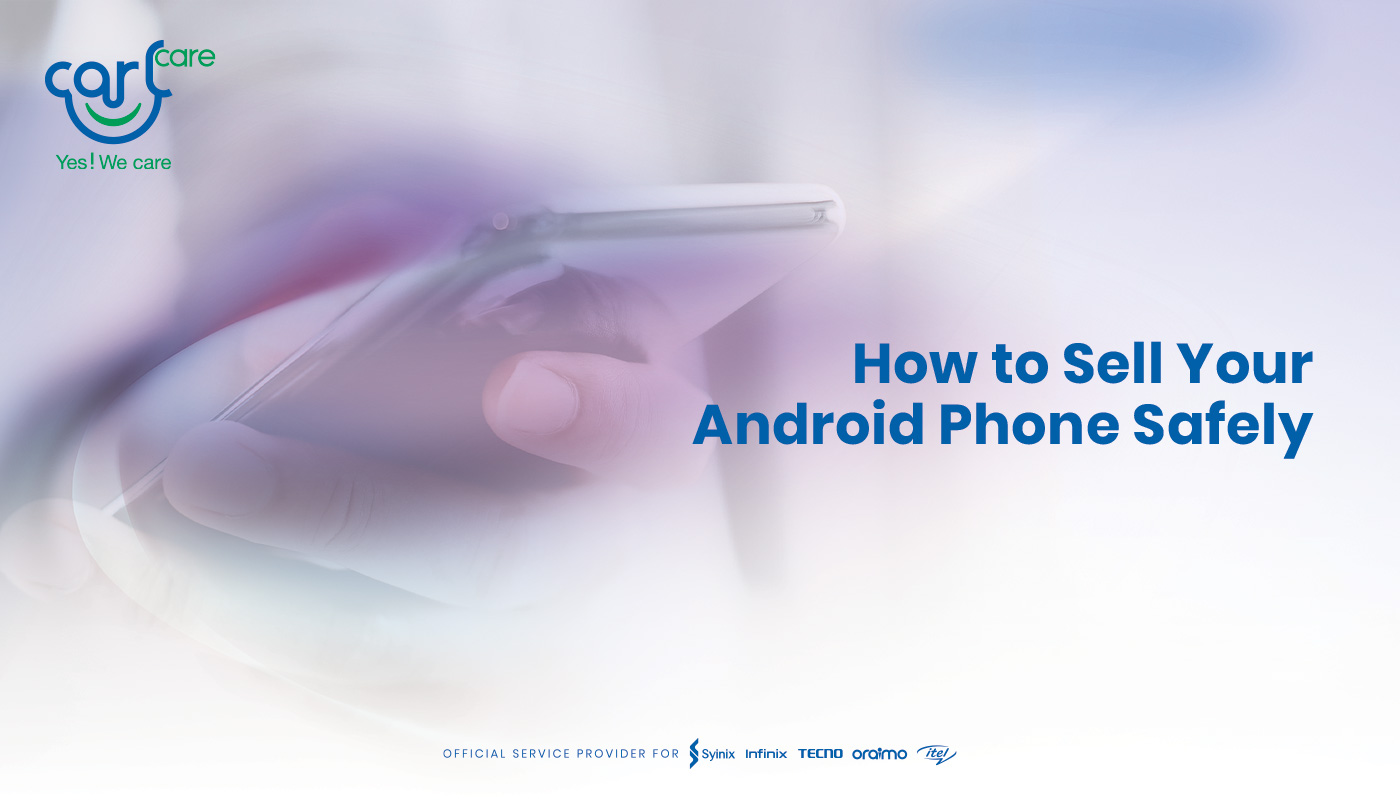 How to Sell Your Android Phone Safely 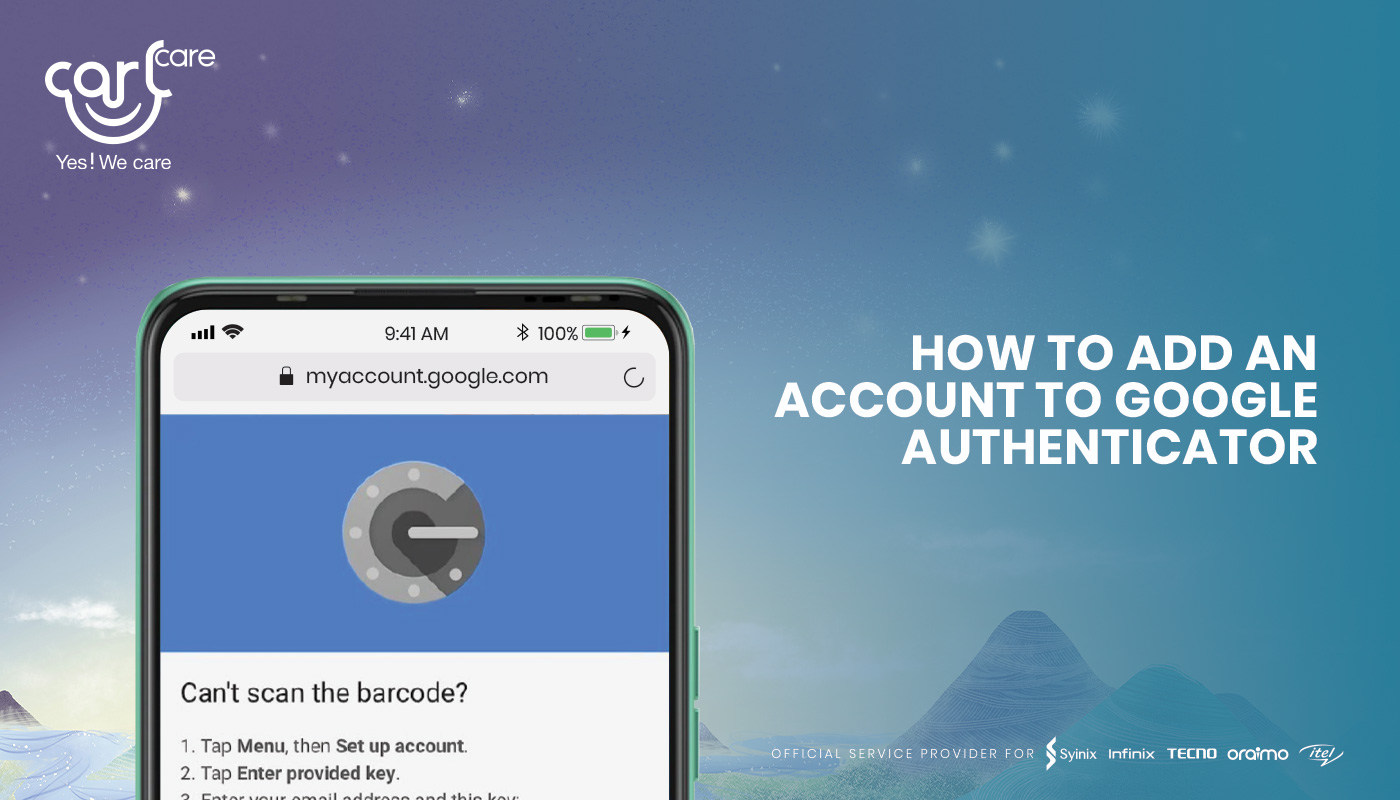 Setting up two-step verification is great for protecting online accounts from being compromised. If you want to add a formidable layer of security and are wondering how to add an account to Google Authenticator, then this guide is for you. Read along.